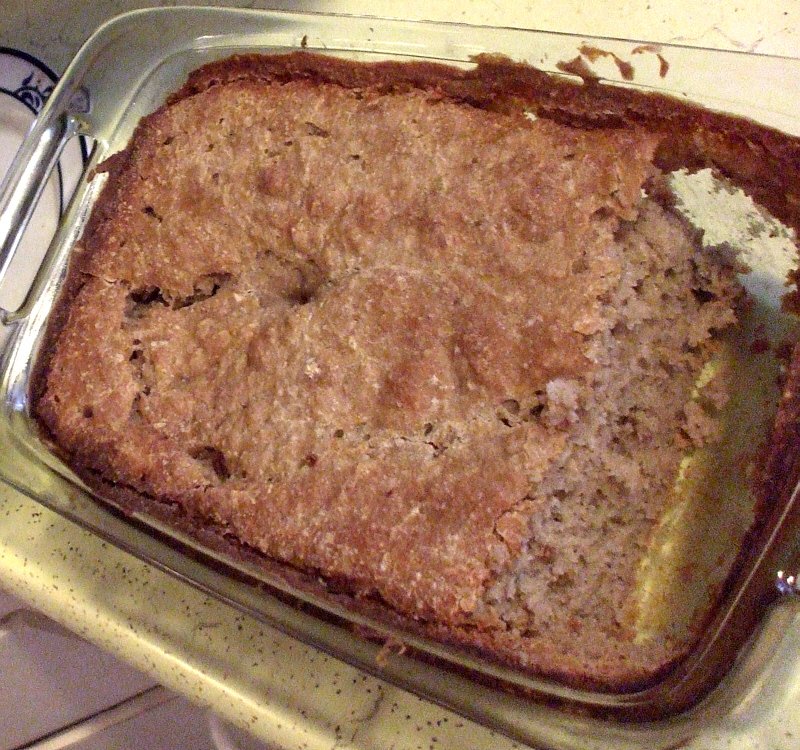 “I wonder if I could make sourdough bread? And if it turns out good enough, we could give it as gifts for the holidays.”

Having never made bread of any kind before, but knowing I’d need a starter culture for sourdough, I went on line and found some starters at culturesforhealth.com, Notice I said “starters.” I figured I’d try to make Rye Sourdough and a San Francisco (wheat) Sourdough and there was a specific culture for each one. The cultures come in little freeze-dried packets so I ordered one of each and waited for them to arrive.

Next step: make the Rye Sourdough according to the recipe that came with the starter. It, too, was a bit cryptic, but I followed it closely, including pouring the wet, sticky dough into a greased bread pan and then baking it. In the end, I got what you see in the photo above (and below).

As far as looks go, it wasn’t bad for my first attempt. However, it wasn’t what I envisioned sourdough rye would look like, feel like or taste like. And the final straw for this experiment was that even with the well-greased pan, it pretty much took a hammer and chisel to get the baked-on rye crust off the sides of the pan. 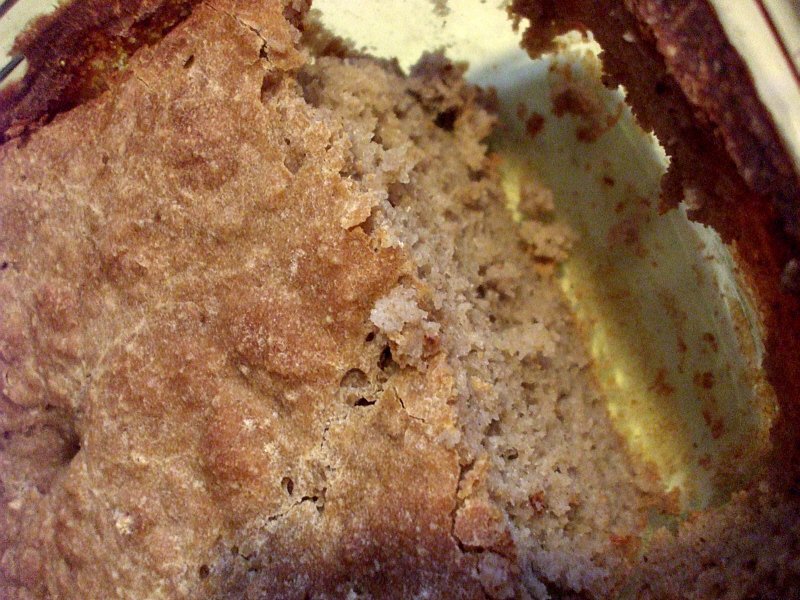 Turning my attention to the San Francisco sourdough, I followed that recipe to the letter. It involved mixing and kneading and waiting a bit and kneading some more and then dumping the dough onto a baking pan and putting in the oven. The result of this first attempt was not encouraging… 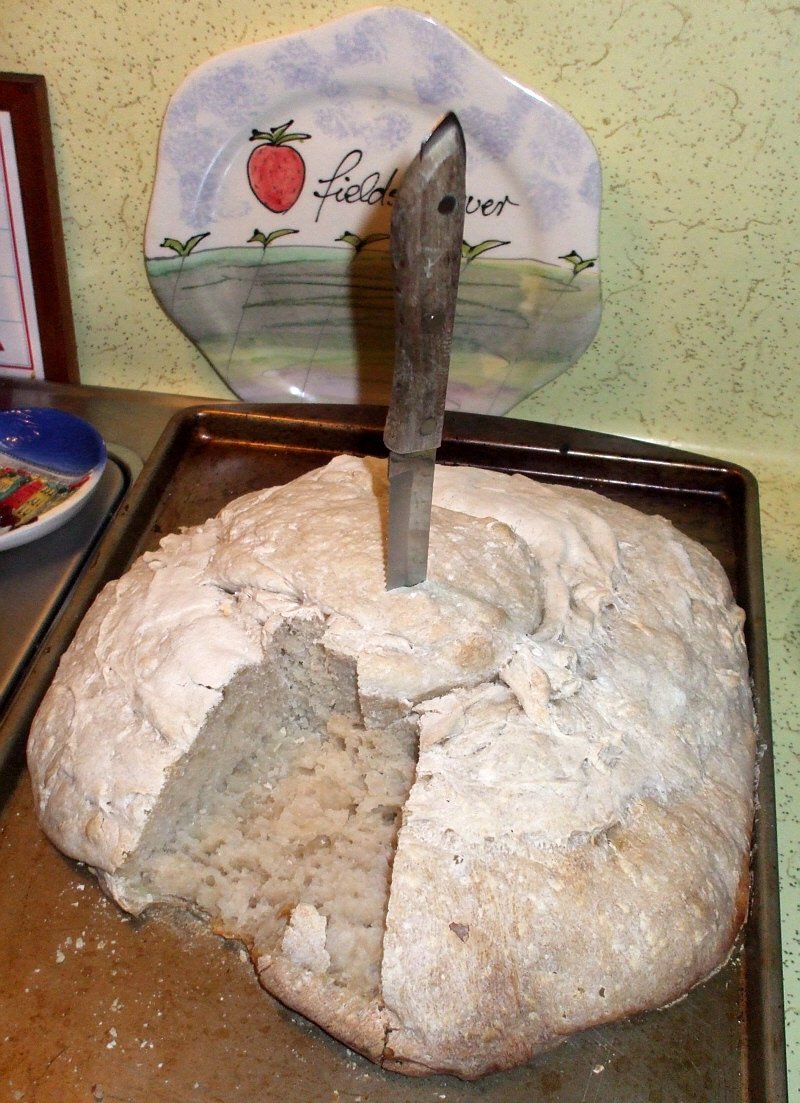 I now had something that looked like a big, gray UFO! It sort of tasted like a distant cousin to sourdough bread, but I was a galaxy away from my sourdough vision. 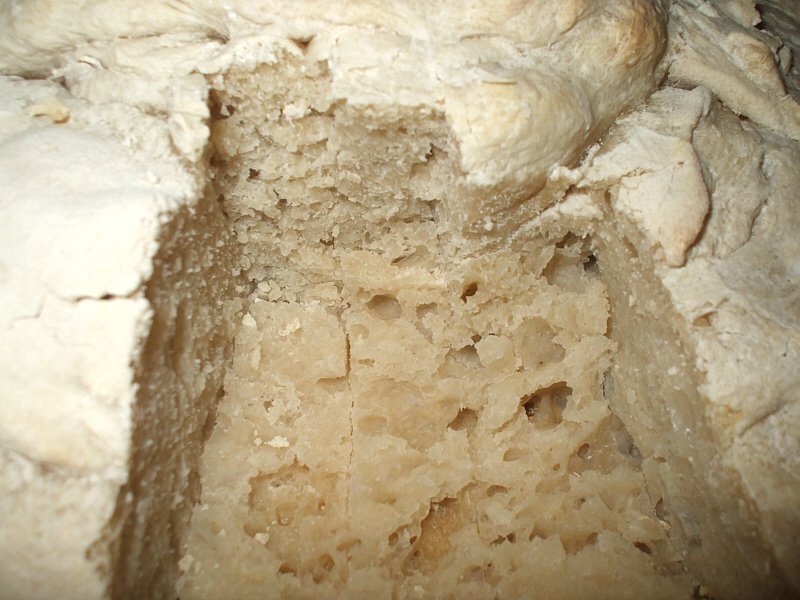 I figured I must  be doing something wrong so I searched for the YouTube video on making this bread and found I had done it exactly as they showed, except they used a bread pan and I used a sheet pan. (I just felt that sourdough should stand on its own.) Same result…

By now it was mid-December and I needed some answers to this sourdough enigma, fast! I went on line and this time I entered “sourdough bread” in the search box, selected the Images tab, and voila… a photo of an awesome loaf of sourdough bread was right there. I clicked on it and it took me to Amazon where I could by a book with this big, beautiful sourdough bread loaf on the cover: “Tartine Bread” by Chad Robertson. 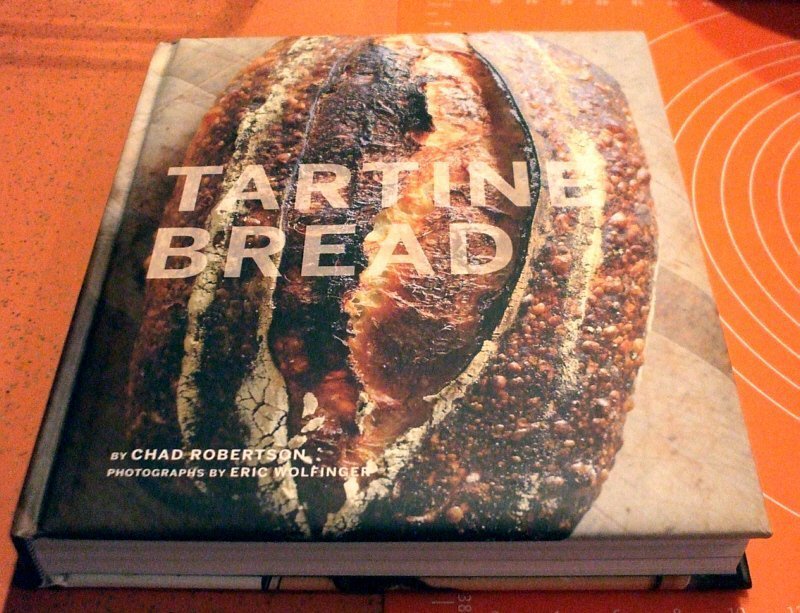 Now THAT was more like it. I wanted to make THAT sourdough!

Turns out, making THAT sourdough was not an easy process. The first 30 pages of the book were all about Chad’s travels to France as a young baker, learning the artisan way of crafting this bread. There was much to know about the starter, the smell and feel of it, the feel of the dough, and other nuances that needed to be experienced. Then Chad spent ten years running a small bakery in Point Reyes, California, testing and refining his artisan skills, before opening a bakery/café in San Francisco.

I didn’t have the luxury of spending years in Europe learning time-honored skills from the masters of this art and craft. Nor did I have time to apprentice at a micro-bakery in a small coastal town in northern California.

What was I to do? (to be continued in our next Breadness Blog episode…)

While you’re waiting for the next episode, visit our new online shop at Breadness.com to order your Artisan Country Loaf and/or Cinnamon Raisin Maple Walnut Sourdough in advance. That way, your order is guaranteed to be waiting for you when you arrive to pick it up on the day you choose in the online shop!

See you this Friday/Saturday at Random Acts of Breadness!
2214 West Magnolia Boulevard | Burbank 91506 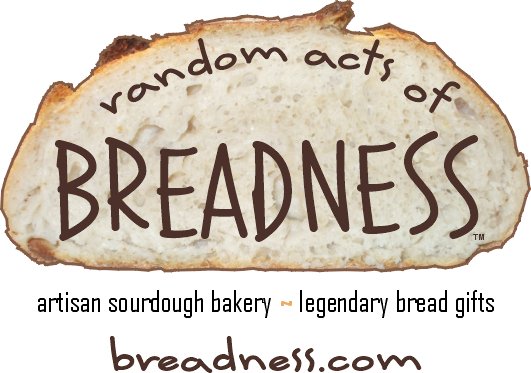