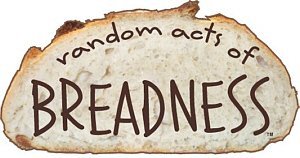 (plus shipping, which will be added in the Cart once the Ship To address is entered.)

For shipping to California, Nevada and Arizona only.

One of my favorite treats has always been cinnamon raisin toast with butter. Once I had perfected our traditional Artisan Country Loaf, I wondered if I could make a raisin sourdough bread, with cinnamon, maple syrup and walnuts (all organic, of course). After a few attempts, I found the perfect balance of ingredients and the result was amazing. However, we found that a few of our Breadness lovers could not eat walnuts so for this variation on our popular Cinnamon Raisin Maple sourdough, we’re using Organic Pecans instead!

Not only is this great as a toasted slice with butter, it also makes the most amazing French Toast! I don’t even add any syrup on top; just Organic Pastures Cultured Butter (or vegan butter if you prefer). After such a hearty and nutritious dish as this, you might not be hungry for several hours!

All orders are shipped on Monday or Thursday for delivery on Tuesday/Wednesday or Friday/Saturday of that week (depending on your location).